Michael Hannon, Intellectual Humility and the Curse of Knowledge - PhilPapers 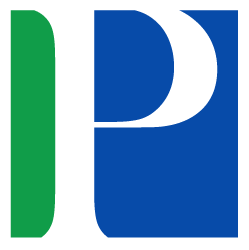 Michael Hannon, Intellectual Humility and the Curse of Knowledge - PhilPapers

Intellectual humility is widely considered a virtue. Although there is no consensus within philosophy or psychology on a precise definition of intellectual humility, it has been linked to an assortment of desirable traits. For example, intellectual humble people have been said to: not think too highly of themselves; not ascribe to themselves greater excellence than they possesses; show low concern for how special their talents are; take complaints and criticism seriously; generously acknowledge the contributions of others; and not demand special treatment, even when deserving. This virtue has been studied by philosophers, psychologists, and theologians, and it seems to involve a mix of cognitive, emotional, behavioural, and motivational components.
This chapter will explore a surprising and unappreciated psychological underpinning of intellectual humility. In particular, I will argue there is a plausible connection between intellectual humility and epistemic egocentrism.
Epistemic egocentrism is a well-known cognitive bias whereby an agent attributes his or her own mental states to other people. For example, a brilliant professor who no longer remembers the difficulties that a young student encounters when learning a new subject, and who therefore mistakenly assumes that students will find difficult material easy to grasp, is being epistemically egocentric. Epistemic egocentrism is often called ‘the curse of knowledge’ because it can lead to suboptimal results in a variety of domains; for instance, imputing one’s knowledge to other people can make it difficult to teach novices and harder to communicate. Nevertheless, I want to consider the role that the imputation of one’s own knowledge to others might play in the possession of intellectual humility. The central question of this chapter is: are the epistemically egocentric more likely to be intellectually humble? I believe we have some reason to think so.